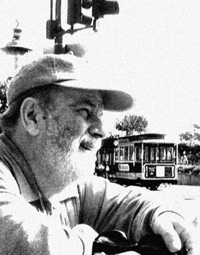 Aldo Pagani was born in Saronno (Varese, Italy), on July 3th, 1932. He studied at the “Giuseppe Verdi” in Milan, specializing in accordion, vibraphone, marimba and piano.

He started his career very young forming his own quartet and then continued in 1956 with the trio of Tony De Vita and Marcello Minerbi.

Later, in 1957/58, he was part of Renato Carosone’s group, with whom he went on an international tour that will see him protagonist in America. On his return, in 1959/60, he played with Domenico Modugno.

At the same time he decided to dedicate himself to music also with different roles: in the early 1960s he became the A&R Director of Ricordi in Milan and then founded his first record company (ASTRAPHON). From this moment, Aldo was mainly publisher and producer, collaborating with many Italian and foreign record companies, signing contracts all over the world and releasing a large number of LPs.

His undisputed professionalism, combined with decades of experience, made him A&R Director of MCA Italia, a historic US record label, Italian correspondent for some music magazines: “Record World” (United States), “23 Millones” (Florida ) for Central America, “Pesquisa” S. Paulo (Brazil) and for “Prensario” (Argentina) and Italian agent for the “Musexpo” from 1976 to 1981 (The global music industry’s annual business conference: Miami – Las Vegas – New Orleans, then England – London).

In 1983 he was awarded the title of Knight of Malta in honour by the Military Order of St. John of Malta and in 1985 he organized for Camel the “Camel Rock Adventure” (Rock Festival) in Milan, topening a new professional parenthesis linked to the organization of big music events culminated in 1994 with the creation of the “Piazzolla Music Award”, the Astor Piazzolla international award dedicated to the Argentine genius and a must-see landmark for musicians, solo artists and admirers of the Maestro’s works.

The 90s, as well as the early 2000s, were rich in participation as judge in international musical events and awards for his work, above all the Grammy victory in 1998 as editor for Astor Piazzola’s “Libertango” and the nomination for “Oblivion” by the same author in 1993.

For info about publishing please
write to publishing@apagani.it

Have you already been registered? Login to your account to view the prices reserved for you.