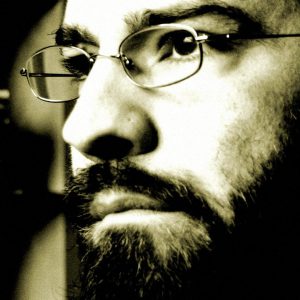 Alain Pagani was born in Milan in the 70s. Son of an artist (the musician, producer and manager Aldo Pagani) he began his career in the music business studying piano and working in the recording studio with father Aldo Pagani and Astor Piazzolla, Aldemaro Romero, Jerry Mulligan. In the 90s Alain started playing with some rock / alternative bands, making his early recording projects and collaborating as a publisher with A.Pagani Edizioni, the family company. With A.Pagani Edizioni, Alain worked as a music producer and event planner. He became artistic director of PMA Piazzolla Music Award. In the 2000s, Alain inherited A.Pagani Edizioni and founded the project Ostile Records, record label characterized by a more contemporary style. With Ostile Records, Alain produced atists such L’Aura, Mistonovico, Blastema anche Casablanca and he realized a connection between A.Pagani history and the present of the music business through a number of collaborations with several national and international artists. Songwriter, composer, arranger, Alain Pagani published several side projects, among which “Milano ti Ama” (New Martini), “Test Psicoattitudinale (Malvezzi) and “La Murga de Panamà” (Ramingo).

For info about publishing please
write to publishing@apagani.it

Have you already been registered? Login to your account to view the prices reserved for you.